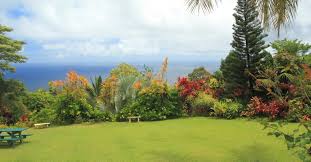 Located on the northeast coast of the Hawaiian island of Maui, the Garden of Eden is an island paradise worthy of its name. It was created in 1991 by Alan Bradbury, a certified arborist and musician. Mr. Bradbury's original intent was to create a recording studio retreat, but he soon discovered that the salty, humid air was not good for his recording equipment. Not wanting to let the gardens go to waste, he decided to make it a place where people could enjoy the natural ecosystem of the island. He named it, "Pua Nani," which means "flower from heaven." When it was opened to the public in 1996, many visitors said it looked like the biblical Garden of Eden. The name stuck.

The Garden of Eden Botanical Arboretum covers 25 acres and has 500 labeled tropical plants. It's claim to fame is that it was seen in the opening sequence of the movie, Jurassic Park. Don't worry though, you won't see any dinosaurs roaming around if you visit. 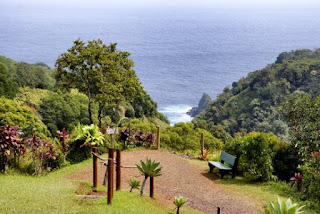