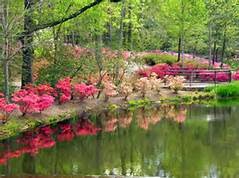 Callaway Gardens, located in Pine Mountain, Georgia, covers 6,500 acres.  It was begun in 1952 by Cason and Virginia Callaway to protect native azalea plants.  Today there are a multitude of attractions, including an Overlook Garden, Vegetable Garden, Butterfly Center, Horticultural Center, and Pioneer Log Cabin.

The property is also the site of Robin Lake Beach (the world's largest man-made white sand beach) and Iceberg Island Floating Water Playground.  Between the gardens, hiking trails, and water features, it's definitely a place where you can spend an entire day. 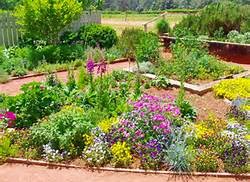 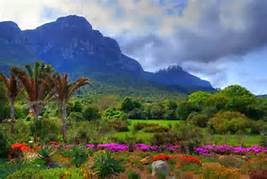 Located on the eastern slopes of Table Mountain in Cape Town, South Africa, Kirstenbosch Botanical Gardens are considered one of the most beautiful in the world.  The property covers over 1,000 acres.  However, only about 80 acres is actually cultivated.

The gardens were founded in 1913 to preserve the country's unique plants. It's the first botanical garden in the world that was designed for this purpose.  Today the garden contains over 8000 species of plants.

You can spend an entire day roaming through the gardens.  There are plenty of gurgling streams, ponds, trails, and gorgeous plants to look at.  If you want to get an education about the various species of plants, I'd recommend taking the guided Fynbos Walk.  You'll learn all about the indigenous flora of South Africa.  There are many other free garden walks as well.  If you want to go on those, visit the gardens on Tuesday, Wednesday, or Saturday.  Also, if you like to hike, there are many trails leading from the garden into the mountains.

If you visit in the summer, be sure to stick around for one of the summer sunset concerts.  They are held every Sunday at 5:30 PM from late November to mid-April. 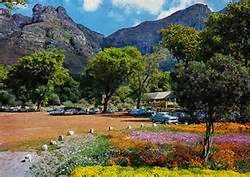 The gardens are open daily September - March from 8 AM to 7 PM and from 8 AM to 6 PM April through August. Admission is R40 for adults, and R10 for children.

The Exbury Gardens, located in Hampshire, England, are a real treat for the eyes!  In fact, in December of 2011, they were awarded the Hudson's Heritage UK "Best Garden" award.

The gardens contain over 200 acres of rhododendrons, azaleas, and a plethora of rare trees and shrubs.  they are the inspiration of Lionel Nathan de Rothschild who passed away in 2009.  Today, his grandchildren carry on the legacy.

There are several ways to view the gardens.  You can walk on the numerous trails, you can ride a chauffer-driven buggy, or you can do my favorite thing:  ride a miniature steam locomotive through the gardens.

The train will pass through the Summer Lane garden.  From there, you'll catch a glimpse of the rock garden, followed by the wildlife pond.  Next, you'll pass the plant nursery and exotic fruit patch.  Then you'll pass by the sunflower field, which if you visit in the summer, is just amazing!  Finally, you'll loop around the oldest tree in the garden, the Doomsday Yew.  The train ride takes about twenty minutes. 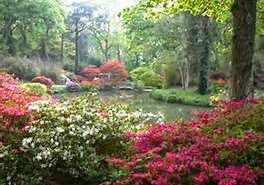 The gardens are open daily from March to early November.  Admission for adults is 14 British pounds and 4 British pounds for children.
Posted by Sherry Ellis at 10:44 AM 10 comments: 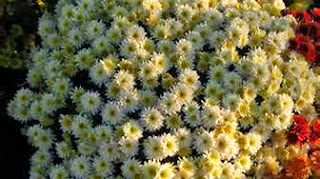 Chrysanthemums, or mums, are one of my favorite fall flowers.  They are native to Asia and northeastern Europe.  Their flowers are daisy-like in appearance, and come in a variety of colors such as red, yellow, orange, and purple.  The name itself comes from the Greek words, "chrysos," which means "gold," and "anthemon," which means "flower."

There are two basic groups of chrysanthemums:  garden hardy and exhibition.  The first can survive winters in northern latitudes, the second cannot.  Generally, garden hardy mums have smaller flowers, are shorter, and are less showy than the exhibition varieties.

Chrysanthemums have all kind of uses besides looking pretty in a garden.  In Asia, the flowers of one species are used to make tea.  The leaves are also boiled and eaten much the same way as we might boil spinach.  The flowers can be used as an insecticide, too, when pulverized and mixed with oil.  Having a pot of chrysanthemums in your house, according to the NASA Clean Air Study, can help reduce indoor air pollution.

To care for your chrysanthemums, keep them in an area where they can receive a lot of sun. Don't overwater. For hardy mums, once they turn brown from a hard frost, cut them down to ground level and cover with a light mulch, such as pine needles. In the spring, give them a fertilizer to promote blooms. 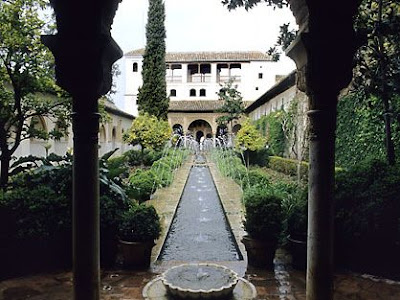 The Alhambra Gardens are located in Granada, Spain.  They are part of a palace that was constructed in the mid 14th century by Moorish rulers who governed Granada. 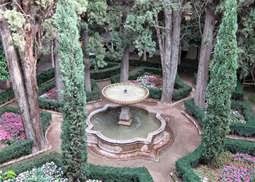 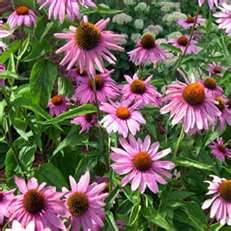 Purple cone flowers, or Echinacea, are perennials native to North America.  They are wonderful plants for attracting butterflies and birds to your garden.  In late summer, it is fun to watch the golden finches perch on top of the cone and pick the seeds out.

Purple cone flowers grow in dry areas and are drought tolerant.  They bloom in early summer and continue to early fall.  Their stems are usually stiff and hairy, and they usually have purple, daisy-like flowers, with petals that grow downward from a prickly cone in the center.  Some purple cone flowers can be other colors like white, yellow, and pink.

If you see a wild coneflower, do not dig it up!  It might be endangered.  There are only 7-9 species of purple coneflowers, and two of them are on the endangered list.

Many people believe that the Echinacea plant has medical benefits, but research is showing that there are no benefits in relation to sickness or with help in fighting colds.  The consumption of Echinacea may increase white blood cell counts, but that is most likely due to the body fighting off one of the chemicals in these plants.  The increase of white blood cells is short-lived.  The good news, is that if you're one of those people who pops an Echinacea pill when you get a cold, there are no health risks. And who knows,  if you believe it will help you,  you may experience a little placebo effect.
Posted by Sherry Ellis at 9:52 AM 14 comments: 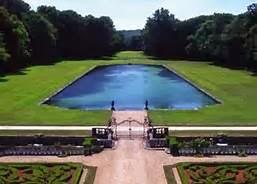 The Courances Castle Gardens are located in France, about 40 miles from Paris.  They are situated on a 40 acre park that surrounds a beautiful French Chateau that was built in 1622 by the Clauss family.

The Courances Castle Gardens are considered to be one of the most beautiful gardens in France.  It's a French formal garden as well as a Renaissance water garden.  As you stroll along the paths, you'll see plenty of ponds, canals, and fountains.  The reflections of the chateau in the water features are just gorgeous.  For those who like a bit of trivia, there are 14 springs on the property that flow into the 17 water features on the estate. 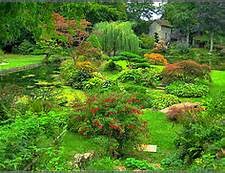 Also located on the grounds, is a Japanese hill and pond stroll garden which features beautiful flame-colored plants.

The gardens are open from March 31st to early November.  Admission is 7 euros.